Libra: PayPal first to drop out of Facebook cryptocurrency 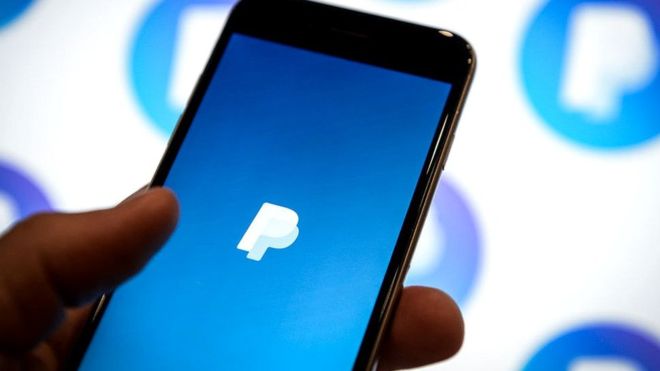 PayPal made the announcement in a statement on Friday, but did not specify what had prompted the decision.
Libra, and its digital wallet Calibra, were revealed by Facebook in June.
But the cryptocurrency has been criticised by regulators, and both France and Germany have pledged to block it from Europe.
PayPal said it "[remained] supportive of Libra's aspirations" but had chosen to focus on its own core businesses.
The firm was one of the original members of the Libra Association, a group of 28 companies and non-profits helping to develop Libra. Its other members include payments company Visa, ride-hailing app Uber and humanitarian charity Mercy Corps.
Why Facebook wants to be money's future
Could Facebook’s new currency be stopped in its tracks?
In response to PayPal's withdrawal, Libra Association said it was aware that attempts to "reconfigure the financial system" would be hard.
"Commitment to that mission is more important to us than anything else," it said in a statement. "We're better off knowing about this lack of commitment now."
At its unveiling this year, Facebook said people would be able to make payments with the currency via its own apps, as well as on messaging service WhatsApp. Partner firms would also be able to accept Libra for transactions.
Facebook said Libra would be independently-managed and backed by real assets, and that paying with it would be as easy as texting.
But there have been concerns about how people's money and data will be protected, as well as over the potential volatility of the currency.
US treasury head warning over Facebook Libra
Carney gives Facebook currency cautious welcome
The Group of Seven advanced economies warned in July that it would not let Libra proceed until all regulatory concerns had been addressed.
Central bank chiefs, including the UK's Mark Carney, have also voiced scepticism, and US President Donald Trump has tweeted he is "not a fan" of the currency.
The Libra Association will hold the first meeting of its governing body - the Libra Council - on 14 October.
The group said in a tweet that it planned to share updates soon afterwards about "1,500 entities that have indicated enthusiastic interest to participate".