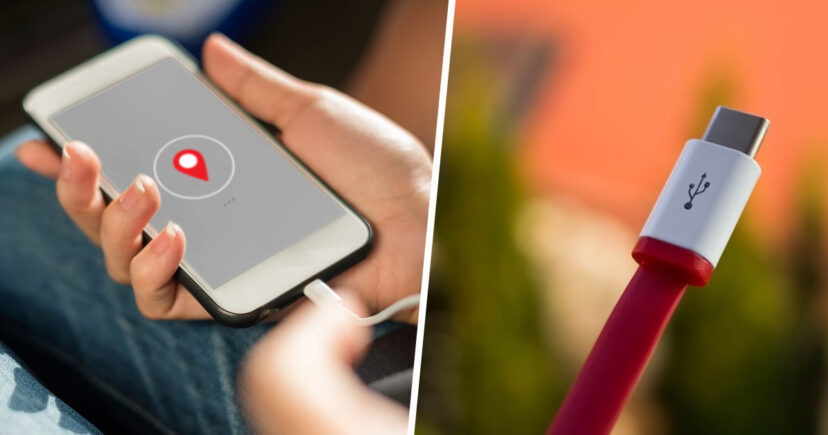 Bad news for everyone who has ever borrowed someone else’s charger when they’ve been in desperate need of one, because cybersecurity experts have warned you should never do it.
Let’s face it, we’ve all been there. Whether you’re on one per cent battery at work and your train tickets are on your phone, or you’ve gone on a weekend break sans charger and just ask to borrow one from the hotel reception, it’s a pretty normal thing to do.
But now it’s apparently a dangerous thing to do too, with security experts telling us to protect our charging cables like we protect our passwords.
Charles Henderson, Global Managing Partner and Head of X-Force Red at IBM Security, runs a team of hackers that clients hire to break into their computer systems in order to expose vulnerabilities.
Henderson told Forbes:
There are certain things in life that you just don’t borrow. If you were on a trip and realised you forgot to pack underwear, you wouldn’t ask all your co-travellers if you could borrow their underwear. You’d go to a store and buy new underwear.
The cybersecurity expert warned that, since hackers have figured out a way to implant charging cables with malware which can remotely hijack devices and computers, it’s better to be safe than sorry when it comes to borrowing chargers.
His team attempts to teach clients to be less trusting of third-party charging cables by sending them fake iPhone cables in the mail which are branded with something innocuous, ‘like a vendor or a partner that they have listed on their website’. They then see if the person plugs the cable in.
Although malicious charging cables aren’t a widespread threat at this moment in time, Henderson says this doesn’t mean we won’t see it in the future.
He explained:
The technology is really small and really cheap. It can get so small that it looks like an ordinary cable but has the capability and the intelligence to plant malware on its victim.
These things are only going to get cheaper to produce and it’s not something your average consumer is going to be tracking to know when it becomes viable on a mass scale.
One such product, the O.MG Cable was revealed in August this year.
For the time being though, the bigger threat is USB charging stations which can be found in public places such as airports, as there have been some instances of people modifying these charging stations.
Henderson warned we should always be careful about what we plug our devices into, comparing it to the way we’re wary about opening email attachments or sharing passwords.
‘In a computing context, sharing cables is like sharing your password, because that’s the level of access you’re crucially conveying with these types of technology,’ he added.
I guess it’s time to get better at remembering to pack your charger wherever you go.