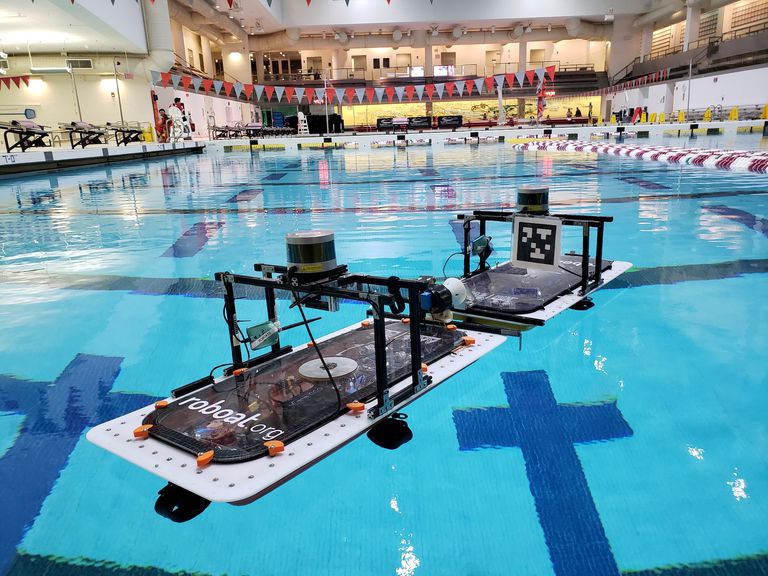 MIT has developed an autonomous aquatic robot named "Roboat." Together with the Amsterdam Institute for Advanced Metropolitan Solutions (AMS Institute), researchers from the university conceptualized the boat as a way to explore new modes of transportation and help improve traffic flow, especially in Amsterdam, where a quarter of the city's surface is water.
Roboats have the ability to recognize each other, link together, and keep trying if they don't attach on the first try.
According to MIT News, scientists plan to build a fleet of multi-use Roboats equipped with "sensors, thrusters, microcontrollers, GPS modules, cameras, and other hardware." They say the Roboats can aid in transportation and trash collection in Amsterdam.
Currently, Roboats have the ability to avoid obstacles and will reroute themselves when they sense something in their paths. Future iterations may even be used to create larger platforms, such as floating stages and bridges.
Per the project's official site, the researchers' goal is to create "on-demand infrastructure" that will collect data about Amsterdam while investigating "the potential of self-driving technology to change our cities and their waterways." There's even talk of using Roboats to create floating food markets.
cientists are working on improving the design of the Roboats and are currently in the process of building updated units that are approximately four times larger than current models to make them more stable in water.
Additional future updates will include "tentacle-like rubber grippers," as well as changing the Roboats' code to give them more autonomy and problem-solving skills when working on a task, like finding each other and assembling into a larger structure.