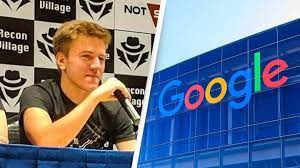 In a quite frankly bizarre story, a blogger was left shocked after Google sent him $250,000 by mistake and took nearly a month to ask for it back.

Sam Curry, a security engineer and blogger, was sent the exact amount of $249,999.99 (£217k) by the tech giant last month and the company has been in no rush to get it back.
The engineer tweeted on Wednesday with a screenshot of the money in his bank account saying: "It's been a little over three weeks since Google randomly sent me $249,999 and I still haven't heard anything on the support ticket. Is there any way we could get in touch."
He jokingly added: "It's OK if you don't want it back..."
People have reacted to the astonishing post on Twitter, one said: "I mean, I'm just legitimately curious about that missing cent."
Meanwhile, a second added: "Gotta hand it to you: if I were you, I'd be the man formerly known as Sam Curry."
Curry has said he has not spent a single cent of the money to NPR news, as Google would inevitably ask for it back.
He also said he sometimes does 'bug bounty hunting' and fixes for Google to help it find vulnerabilities in its software - which is where the mix-up may have happened.
Curry also told the publication if Google took too long to get back to him, then he would consider moving the money to a separate bank account to avoid paying taxes on it.
A Google spokesperson told NPR: "Our team recently made a payment to the wrong party as the result of human error. We appreciate that it was quickly communicated to us by the impacted partner, and we are working to correct it."
The Google spokesperson also told the publication it would be taking the money back nearly a month after it was first falsely transferred.
Curry confirmed to UNILAD on Sunday (19 September) that the mega-money had been returned: "Got in touch with Google and wired everything back," he said.
These type of mistakes are more common that you may think - recently it was reported Crypto.com accidentally transferred $10 million to a woman instead of $100.
Thevamanogari Manivel had been waiting on a $100 refund from the cryptocurrency exchange company when she was shocked by all the zeros in her bank account.
The company only realised seven month later, and by that point the Aussie had spent a lot of the money.
Article & Photos Source
If you have a story you want to tell, send it to UNILAD via This email address is being protected from spambots. You need JavaScript enabled to view it.
Topics: Technology, Google, News