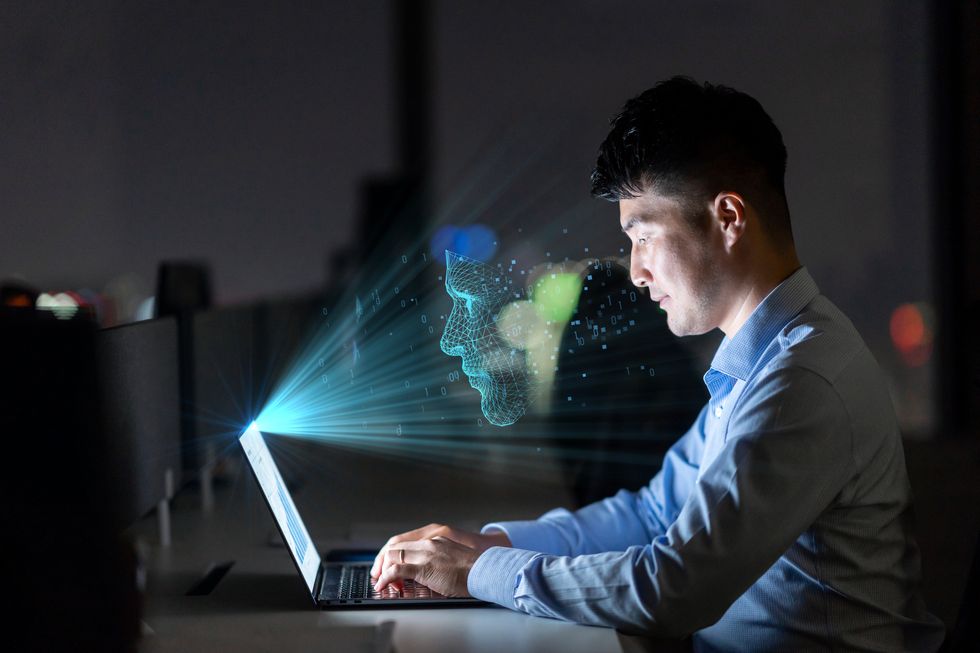 After months of rising opposition from digital privacy advocates and members of Congress, the IRS announced Monday it is revoking its plan to require facial recognition for taxpayer identity verification online. Individuals will not have to submit selfies to gain online access to their tax payment history, tax transcripts, unemployment benefits, and child tax credit information.
Meanwhile, the IRS will investigate an alternative authentication process that will “protect taxpayer data and ensure broad access to online tools,” according to an IRS news release.
“The IRS takes taxpayer privacy and security seriously, and we understand the concerns that have been raised,” said IRS Commissioner Chuck Rettig in the release. The agency is working with other partners in the government on “short-term options that do not involve facial recognition.” With tax season underway and income tax payments due by April 18 (unless you file an extension), regular tax payment procedures will not be affected by any of these planned changes.
Privacy advocacy groups like Boston-based Fight for the Future are breathing a sigh of relief following the news. The organization fights for individual online privacy and security and is pushing for a total ban on facial recognition software for surveillance, including among private companies and law enforcement agencies.
Caitlin Seeley George, the group’s campaign director, reached out to lawmakers to express disapproval of the IRS’ November announcement that it would expand its partnership with technology company ID.me, with whom the IRS had a two-year, $86 million contract. The move, which the IRS was originally going to implement fully this summer, would have required individuals to set up an account through ID.me and wait for identity verification before being able to access their IRS information.
George told Popular Mechanics that facial recognition for something like IRS services can be more problematic than one would think. First, the process requires you to have devices that take a good-quality photo and then upload it. Despite the saturation of smartphones in society, not everybody has access to these tools, George said.
During the ID.me process, some people don’t get authentication for a long time, and some have complained to Fight for the Future about being misidentified and denied access. (In these cases, the IRS has a FAQs page that guides users to authentication by phone, but finding such alternatives is a potential hassle and many people remain confused.) Once your photo is accepted, it is added to the millions in the ID.me database. The records ID.me keeps are extensive, encompassing digital identity services not only for the IRS but for 70 million Americans, nine other federal agencies, 540 companies, and 30 states (which use it to verify identity for jobless claims, for example).
Like other issues with facial recognition technology, this is potentially scary because now ID.me is a tempting target for hackers who want to steal your image and the identifying data attached to it, privacy advocates say.
“It’s been heartening to see how swift the response has been. This is a tipping point, where people are seeing the threat this poses to our information, security and privacy,” George said. “I’m hopeful this is a moment where we see the use of this tech questioned at a greater level, because people are aware of the impact this could have on their lives.”
The Treasury Department has already been using ID.me facial recognition for some online functions since summer 2021, including viewing unemployment benefits and child tax credit information. Dozens of people have been emailing complaints about the selfie requirement to Fight for the Future, George said.
People have emailed Fight for the Future to express various frustrations with the process since the fall of 2020. “We have heard from people who are having trouble with the system and are concerned about the collection of their sensitive biometric data,” George said. “People are still facing long waits to get verified. There are not a lot of other options, and not a lot of information about how to do an offline process where they don’t have to use a facial verification tool.”
The reasoning behind facial recognition is to provide an additional layer of identity protection, according to the IRS’ press announcement of its original plans in November.
ID.me’s CEO Blake Hall has assured the IRS that its information is secure.
But facial recognition surveillance technology is not mistake-proof, researcher Clare Garvie warned the public in 2020. She studies the risks of the technology, especially as used by law enforcement, at Georgetown University’s Center on Privacy and Technology.
Article & Photos Source
POPULAR MECHANIC
BY MANASEE WAGH