AirTag Stalking Attacks Are on the Rise. Here's How To Protect Yourself. 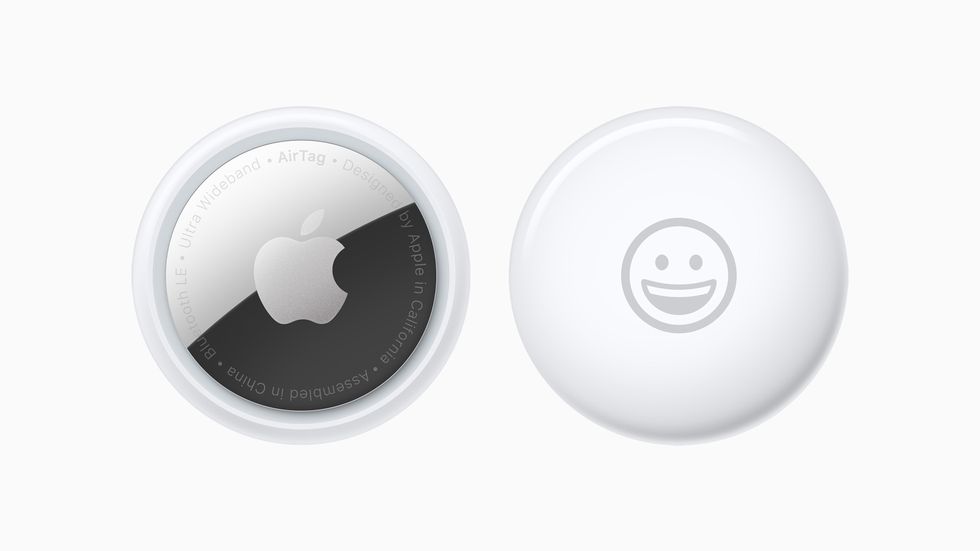 People on social media have begun raising the alarm about Apple AirTag stalking attacks, in which bad actors plant Bluetooth trackers on victims’ belongings.
AirTags have some anti-stalking measures built into them, but most other trackers lack the same protective technology.
To keep yourself safe, consider downloading the Tracker Detect app.
Bluetooth trackers are tiny, high-tech tools that keep tabs on the stuff you don’t want to lose. Stick one of these affordable devices—like a $20 Tile Mate or a $29 Apple AirTag—on your keys or in your handbag, and you’ll have no problem finding them again. Some people even put them on their pets’ collars.
Despite the convenience, these trackers have one serious pitfall if used for devious means: anyone can slip the devices into an unsuspecting person’s bag or attach it to their car. Voilà, the apps associated with the trackers could become a stalker’s mission control for monitoring the victim’s location without their knowledge (or consent).
Take TikTok user @angel.edge95, for instance. Back in November 2021, a notification popped up on her phone about an unknown device that had been following her, all the way from Texas to Maine. She told her viewers that even after she disabled her Bluetooth and location services, her phone was still telling her that “an unknown accessory has been moving with you for a while. The owner can see its location.” In December, a Twitter user posted a similar short video about her sister’s experience being stalked through an AirTag.
To keep yourself safe from these kinds of attacks, we’ll walk you through the proactive measures you can take, plus the damage-control steps you can follow if the worst-case scenario does come to bear.
How Bluetooth Trackers Work
The global smart tracker market is expected to grow into an $807 million industry by 2025, according to ReportLinker, an information technology company in France that uses artificial intelligence to predict market trends. The tech inside these trackers is possible thanks to Bluetooth, developed in the early 1990s by Ericsson Mobile in Lund, Sweden and adopted by other voice and data communications companies as an alternative to wired communication.
Apple’s AirTag, a little white disk slightly larger than a quarter, uses an omnipresent Bluetooth network of hundreds of millions of Apple devices to communicate its precise location to owners. During the setup process, you pair your AirTag with your iPhone, and the tracker is matched with your Apple ID. From then on, you can see your tracker’s location in Apple’s Find My app, using your iPhone or other smart device.
Even if your device is offline, the app can locate it, using the device’s Bluetooth signal. Users only need to tell the app that the device is missing, and the Bluetooth network of Apple devices near your lost device will automatically identify its location and send the information back to Apple via an encrypted format. Your device—and only your device—will then get an alert about your lost device’s location.
A Brief History of the Bluetooth Stalking Problem
Law enforcement agencies across the nation have reported AirTags used in domestic stalking cases and car thefts because they have some anti-stalking tech built into them, Eva Galperin, cybersecurity director of the Electronic Frontier Foundation (EFF), tells Popular Mechanics. EFF is a California-based nonprofit that defends civil liberties in the digital world. The existence of any safety measures at all means that victims are noticing rogue AirTags more often than other brands’ trackers.
It’s alarming, but also reassuring because these reports mean that Apple’s anti-stalking mitigations are working to some extent, Galperin says. More people know a rogue AirTag is traveling with them, and they’re complaining to law enforcement.
When Apple first released the AirTag in April 2021, your iPhone’s Safety Alerts section would notify you if a stray AirTag was traveling with you. And if you didn’t have an iPhone, the AirTag also called attention to itself with a 60-decibel chirp if it was away from its paired device for three days.
Three whole days of not knowing was unacceptable, and so was needing to have an iPhone to be notified right away of a stray AirTag traveling with you, says Galperin. Plus, this presents issues for those who are hard of hearing she pointed out in her op-ed in Wired about the inadequacies of the AirTag’s safety measures. The anti-stalking mitigations Apple built into its initial AirTag release were therefore “laughably inadequate,” says Galperin. Since the op-ed, Apple has introduced new anti-stalking measures.
New and Improved Anti-Stalking Upgrades
In June 2021, Apple reduced the amount of time before the chirp alert from three days to a randomized time window of eight to 24 hours. This improves deterrence, because the would-be stalker doesn’t know exactly when the concealed AirTag would alert the victim, an Apple spokesperson tells Popular Mechanics.
Another new feature Apple introduced in December, Tracker Detect, performs a proactive scan for AirTags and other popular trackers that the Find My network supports. Users of Android products can direct the app to play a sound on the tracking device to help locate it. If an unwanted tracker is found to be in your vicinity for at least ten minutes, the app displays directions for how to disable it.
Article & Photos Source
POPULAR MECHANICS
BY MANASEE WAGH