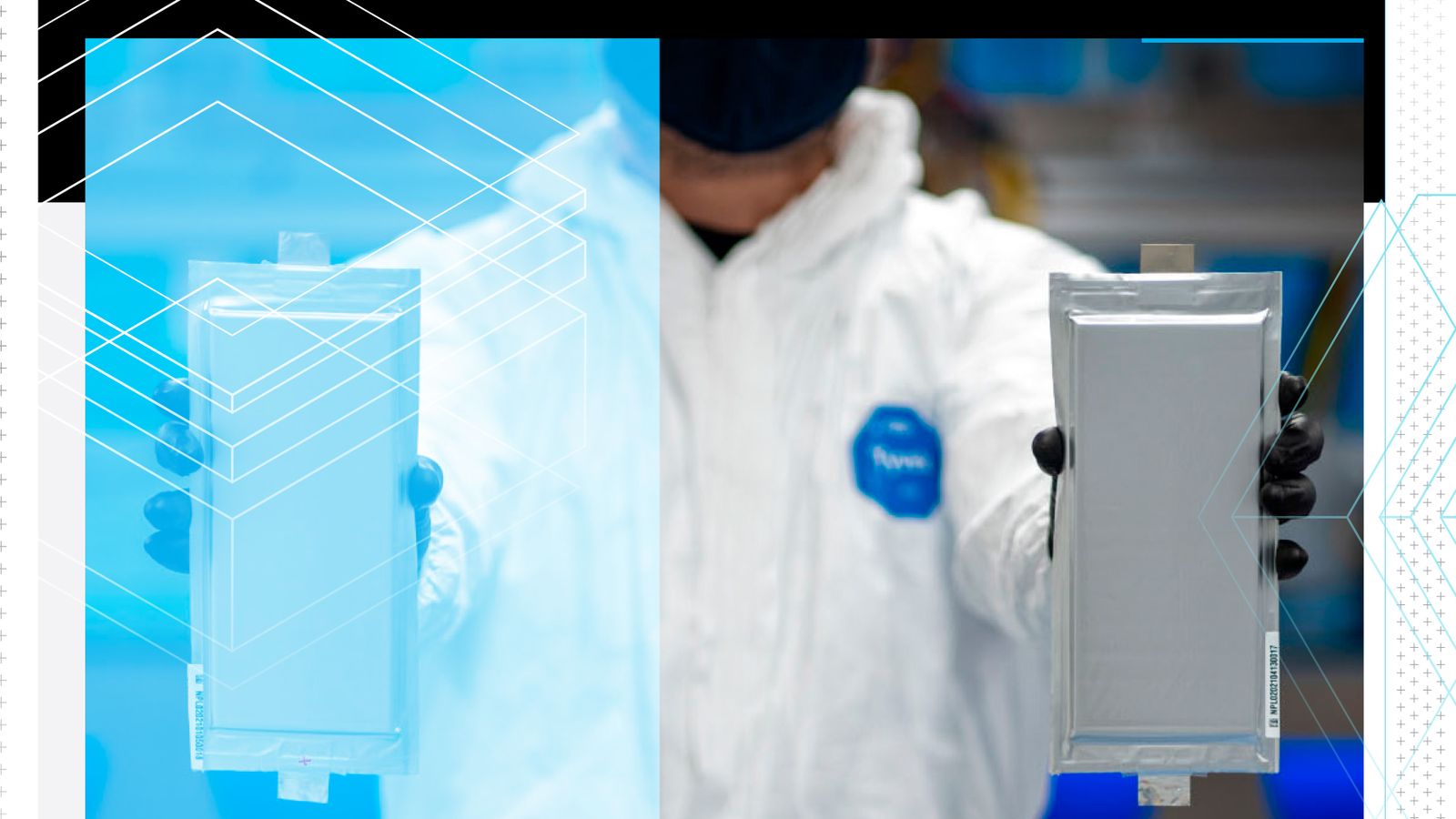 The dry room at Solid Power’s Louisville, Colorado, facility is abrasively bright, and yet the low, encompassing hum of the fans and chillers is oddly soothing. It’s here in the humidity- and contaminant-free production area where Solid Power produced their first full-size solid-state lithium-metal battery cells. The cells, a shining silver contrast to their surroundings, were a moonshot.
The technology, in theory, sounded too good to be true: a 10x jump in power (or 10x drop in size) from traditional lithium-​ion cells. Solid Power was aiming for more modest gains in its first prototypes, but could still see an 80 percent improvement in the near future. Then on August 7, 2021, three engineers donned protective Tyvek “bunny suits,” entered the dry room, and drew voltage from the largest prototype lithium-metal battery to date.
Josh Buettner-Garrett, Solid Power’s chief technology officer, monitored from his office. He felt confident, but a little apprehensive: “We knew we could make something that looked like a battery cell, but there was still a chance we’d have a brick.”
The lithium-ion battery that Solid Power hopes to make obsolete is already a modern marvel that earned its key researchers a Nobel Prize. And the preceding lithium-iodine cells of the 1970s lasted years longer than existing alkaline-based AA, AAA, or D batteries, thanks to the material’s unmatched energy density. They were, for example, an immediate boon for pacemaker patients, who could now rely on a battery for 10 years instead of two. But lithium’s greatest impact on batteries came with the rechargeable lithium-ion batteries in the 1990s for portable electronics and electric cars.
Lithium has been the focus of battery research for decades because it’s an excellent conductor. Like its fellow alkali metals on the far left of the periodic table, lithium has a single outer electron that it easily gives up, says Jeff Sakamoto, Ph.D., a mechanical engineering professor at University of Michigan who specializes in solid-state battery research. “That creates a really high voltage,” he explains. And compared with other alkalis, such as potassium or sodium, lithium has the smallest ion size—and third-lowest atomic weight on the periodic table—meaning more electrons and charge for a given battery size.
The energy density of lithium-ion cells is as much as four times greater than that of the nickel-cadmium batteries they’ve largely replaced. Current lithium-ion batteries use a liquid electrolyte where ions flow back and forth between the anode and cathode, recharging and discharging electrons (see How Lithium-Ion Batteries Work, below). The cathode (positive electrode) is a lithium compound, and the anode (negative electrode)—which determines total storage—is made of graphite. This material is plentiful, conducts well, and is easy to work with. However, lithium metal’s capacity is 10 times that of graphite.
Article & Photos Source
Caroline Delbert
POPULAR MECHANICS