These Boston Dynamics Robots Can Do Parkour... But What's the Point? 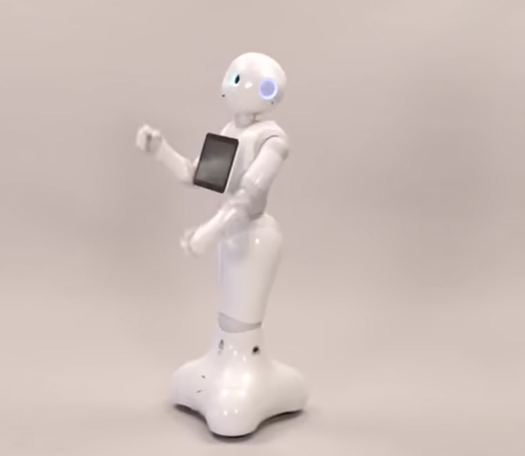 Parkour is not for the weak-hearted. Luckily, the two latest freerunning champs don't have a heart at all because, you know, they're robots.
In a YouTube video released Tuesday, Boston Dynamics—the Waltham, Massachusetts, based robotics company known for its viral clips of machines performing surprisingly human activities—shows off two humanoid robots (both named Atlas) performing the leaps, bounds, and backflips required to complete a parkour course.
The first robot hops across wooden ramps, climbs stairs, and jumps across several-foot-wide chasms between obstacles before a second robot picks up the routine, running across a balance beam à la Simone Biles. By the end of the video, the robots have hopped over pieces of the course as you might leap over a fence, performed backflips in sync, and even dusted off their shoulders like it's nothing.
It's a sight to behold, and sure, it's a bit creepy if you think about it too hard. But the real question is: why have expensive robots perform this kind of dangerous feat in the first place?
Boston Dynamics admits that, due to the humanoid robots' sizes, it's difficult to engineer machines with adequate strength-to-weight ratios, ranges of motion, and the physical robustness required for complex activities. But then again, that's the point. "Ultimately, pushing the limits on a humanoid robot like Atlas drives hardware and software innovation that translates to all of our robots at Boston Dynamics," the company said in an August 17 blog post.
In other words, parkour is not the point—it's the means to an end.
Selecting an ambitious "sandbox" (computer science lingo for a space to test something in) is paramount in the world of robotics. Outside of simulations and the lab, the real world presents obstacles (here, quite literally) that a robot should be able to circumvent. Realistically, if you ever want a health care robot to course-correct when it drops a patient's medications, or climb over a series of fallen trees in a search-and-rescue mission, you'll need to test the robot in situations that are far more arduous beforehand.
"The focus of these efforts are to select an application that can test the boundaries of the robot hardware (and associated control algorithms) while still being of interest to the robotics team," Ayanna Howard, dean of engineering at The Ohio State University's College of Engineering, told Popular Mechanics in an email. In her own work, Howard chose robot dance "as a form of emotional expression and engagement."
Michelle Rosen—an assistant professor of mechanical engineering at The Cooper Union in New York City—agrees. "It's a good proving ground for the technology itself. It's a test bed where they can rigorously evaluate their algorithms and chain behaviors together," Rosen told Popular Mechanics in an email. "It's also just much more fun to watch something dancing or doing Parkour than it is to watch it do basic testing procedures. These kinds of things also tend to be a lot of fun for the scientists!"
And perhaps more importantly, these testing procedures could inform the next generation of robots, Rosen said. "The end goal, as I imagine it, is a robot that can do any arbitrary motion that you or I (or maybe Simone Biles) could do," she explained. "The algorithms and processes that work on Atlas have broad implications for the field, not just in humanoid robotics. Many advances in control algorithms and dynamic modeling have come out of research done at Boston Dynamics."
To pull off the parkour tricks in the first place, it's likely that Boston Dynamics used a type of programming analogous to a "behavior-based control architecture," Howard said. In that process, you must actively program certain behaviors ("which you can think of like modules"), that the robot will put into action based on factors like its perception of the nearby environment, the current status of its joints, or the next task it should perform in a sequence.
"Depending on the inputs, the robot would select from a set of stored behaviors for determining its next action/behavior," she explained. So, Atlas is not 100 percent autonomous–no need to fear it coming to your house to challenge you with its sick moves. It's only programmed to conduct certain movements in certain domains.
Still, testing even these highly specific boundaries means making errors. Boston Dynamics said Atlas only achieves the vault portion of the parkour performance about half of the time, for instance. But surely, doing something more practical, like dispensing pills, would be easier for this kind of robot, right?
Not exactly, Howard said. "The movements of parkour are more advanced, but manipulating objects in the real world (such as picking up a random pill bottle positioned in a random orientation, located in a care facility, while navigating within an environment full of people), I would argue is still an equivalently hard problem (if not harder since you're dealing with the dynamic nature of a real world environment and the behaviors of humans)."
So hey, even if you can't do a backflip, you can probably do more than even the coolest robot on the internet.
Article & Photos Source
BY COURTNEY LINDER